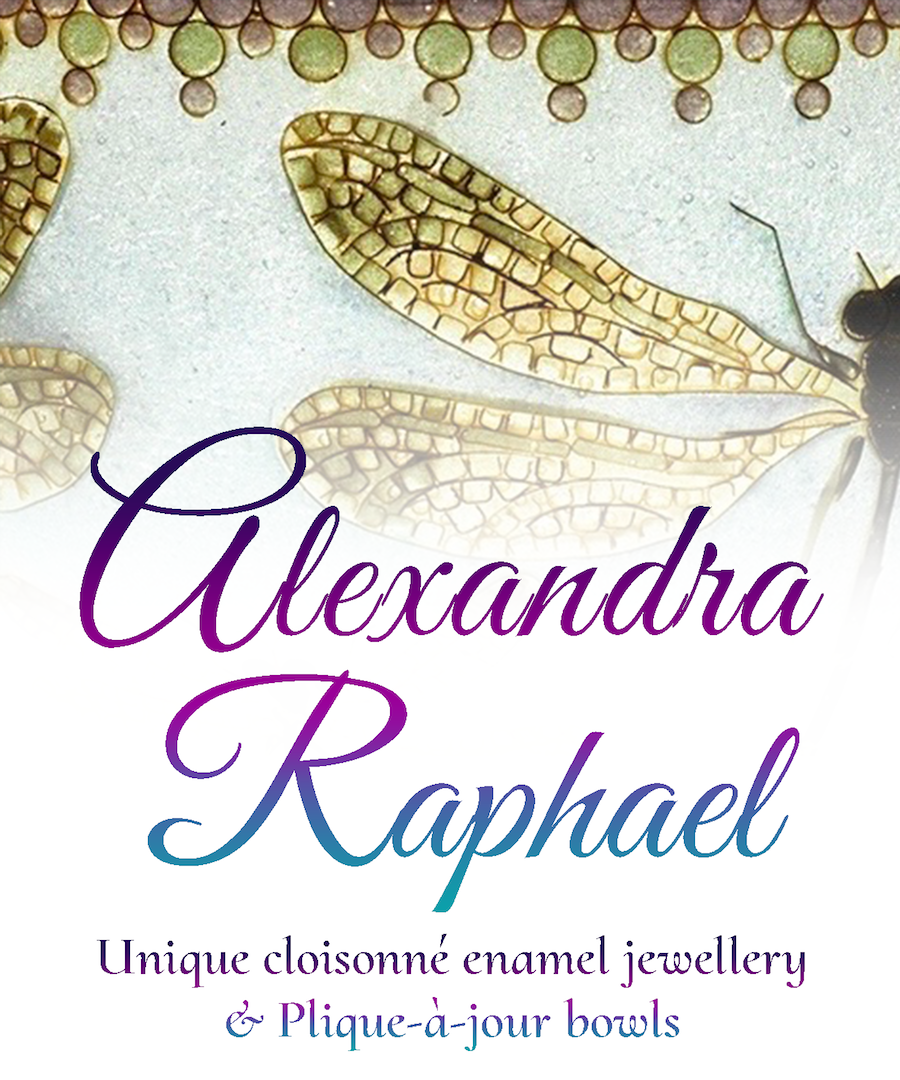 The wire work was completed finally!

Once the wirework was completed, I began to grind the enamel glass in a mortar and pestle washing as I went – a laborious process to insure the colour glass was as translucent as possible.
I slowly began to fill the washed glass granules between the wirework and the intricate images emerged as I progressed.
The first layer of enamel was just the beginning. Flux (a clear glass) was used as a base for future colours in the red, pink and orange hue to insure there was a barrier between these sensitive enamels and the silver metal that could effect them.
This painstaking slow process of wet laying the enamel had to be just right or what had been achieved over a month of wirework could be accidentally damaged before firing.
Alexandra Raphael2021-09-25T12:36:17+00:00